Nick van Dyk, the president of Activision Blizzard's film and television division, may have leaked the development of Overwatch and Diablo animated series on his LinkedIn profile, which GameSpot uncovered. According to his profile, the Diablo animated series is "rendered in anime style" and is in pre-production for Netflix. The Overwatch information isn't as detailed, and simply reads, "With my creative partner, developed and sold an animated series based on Blizzzard's Overwatch franchise." The buyer of the rights for this popular competitive shooter is not listed. You can see the profile listing below: 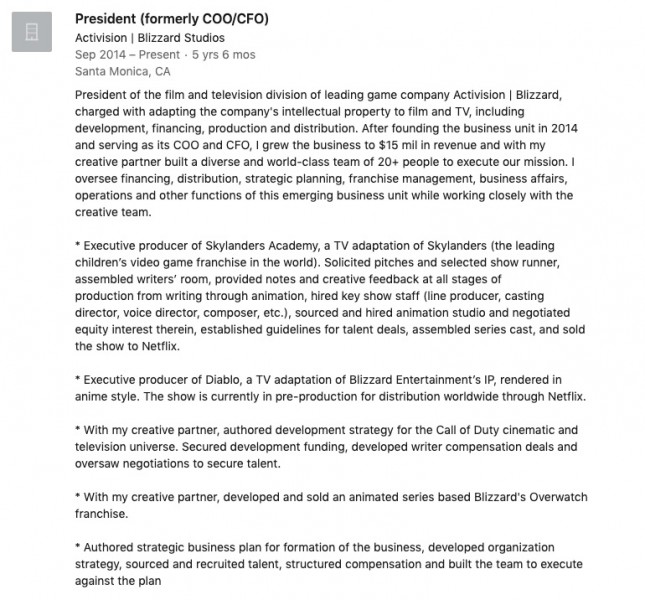 Since Overwatch's release in 2015, fans have wanted to learn more about the game's story. Blizzard hopes to deliver on this request in Overwatch 2's new story modes. Hearing a show is on the way too lessens the excitement for the mode a little bit, but this game's universe is overflowing with plot threads and there's likely room for both of them to exist. Here's hoping the show is done by Blizzard's team behind the awesome animated shorts.